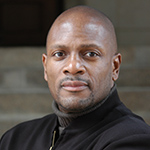 A “BROTHER” – DOUGLAS M. BROOKS M.S.W. – HAS BEEN APPOINTED BY PRESIDENT OBAMA AS DIRECTOR OF THE OFFICE OF NATIONAL AIDS POLICY

We at Black Men’s Xchange (BMX) National want to congratulate Mr. Douglas M. Brooks for his appointment as Director of the Office of National AIDS Policy (ONAP). At BMX National when first hearing about contenders for director of the White House Office of National AIDS Policy (ONAP), we were concerned about a long history of cronyism in the HIV industry. This phenomenon has been a clear barrier to needed expansion in vision and diversity among Black voices influencing HIV policy in the US. Mr. Ernest Hopkins of the San Francisco AIDS Foundation was instrumental in making sure BMX had the necessary materials to make an informed decision, and we did. Diverse Black males from Atlanta, Los Angeles, Chicago, Detroit, Baltimore, DC and Houston all contributed their perspectives. All were very thoughtful about the clear failure the HIV/AIDS industry has been in developing policy and programs to reduce HIV/AIDS among diverse same-gender-loving (SGL) and bisexual Black males, and women at sexual risk.

Given the 30 year dearth in a meaningful reduction in Black HIV incidences, our committee took the process of reviewing candidates very seriously. Comparatively, based on Mr. Brooks’ training, experience and commitment to addressing issues relevant to Black people and all people, our team collaborated on a letter of support and sent it to the White House.
Finally, Black Men’s Xchange (BMX) National was among a number of people from the community already advocating for Mr. Brooks as Director of ONAP.

Again, we are pleased by President Obama’s ONAP appointment, and are hoping for deeper innovation, collaboration, life-saving change and cooperation with Mr. Brooks at the helm.

The crowd with arms in the air shouted “Hands Up! Don’t Shoot!” in front of the Robert F. Kennedy Department of Justice Building in…