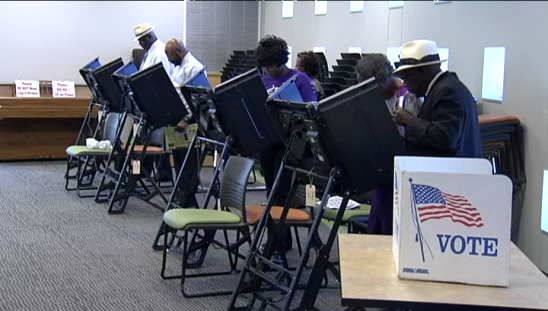 When it comes to a dedicated voting segment, African-American voters have remained true.

“African-American voters are in many ways the most loyal voters to the Democratic party,” said Jason Husser, with Elon University. “This has been established for going on 100 years now.”

This election cycle is expected to be no different. Polling indicates that by a wide margin African-American voters will be heading to the polls this year for Kay Hagan, the incumbent Democrat. But new ads are trying to shake that stable base.

The ads are created by conservative outside interest groups and are aiming to influence the African-American vote.

“I suspect that the argument is that you don’t necessarily, the people behind this ad, don’t necessarily want to pull a ton of the African-American share of the vote,” saidKareem Crayton, with UNC Chapel Hill. “But they just want to bring it down enough that so in a tight race you have fewer votes for Kay Hagan and the Democrats than they expected.”

Although according to Crayton, this is a risky strategy.

“If it gets played too much, the African-American community could see it as an alarm bell to say this is an election that really matters,” said Crayton.

There are nearly one and a half million registered black voters in North Carolina. Meanwhile, many polls are saying Kay Hagan and Thom Tillis are still statistically tied heading into the final week of the campaign season and the fight is on, to win every voter possible.