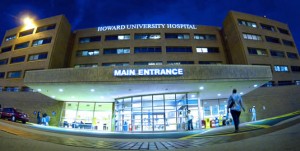 The D.C. Department of Health and the Centers for Disease Control and Prevention announced Oct. 4 that a patient being treated at Howard University Hospital with Ebola-like symptoms does not have the disease.

“Ebola has very clear symptoms that inevitably worsen over time, inclusive of fever, bleeding from the eyes and a growing rash that consumes over 75 percent of the human body. Based on the clinical presentation of the patient, the medical team was able to rule out Ebola, the patient will be treated for other illnesses,” Dr. Joxel Garcia, director of the department, said in a press release.

On Oct. 3, hospital officials had announced that a patient was being tested for Ebola.

“In an abundance of caution, we have activated the appropriate infection control protocols, including isolating the patient,” said hospital spokeswoman Kerry-Ann Hamilton in a statement. “Our medical team continues to evaluate and monitor progress in close collaboration with the CDC and the Department of Health.”

The patient, who had recently travelled to Nigeria, was admitted to the hospital in stable condition. For privacy reasons, no further details are being shared at this time, Hamilton told the AFRO Oct. 3, but periodic updates will be released as more information becomes available.

In addition to Thomas Eric Duncan in Texas, the first patient diagnosed with Ebola in the U.S., the unidentified individual being examined at Howard University is not the only U.S. patient presently reported as being examined for the possibility of Ebola. In Georgia, another case for Ebola is under investigation at the Cobb County Jail, reports WSBTV-Atlanta. A DUI suspect who was arrested Thursday night has developed a fever. The inmate told jail officials that he recently travelled to Africa. No new inmates are being accepted into the jail, as the unidentified man is being examined and treated.

Hundreds converged on Ferguson on Saturday to march for Michael Brown, the unarmed black 18-year-old who was shot and killed by a white police…