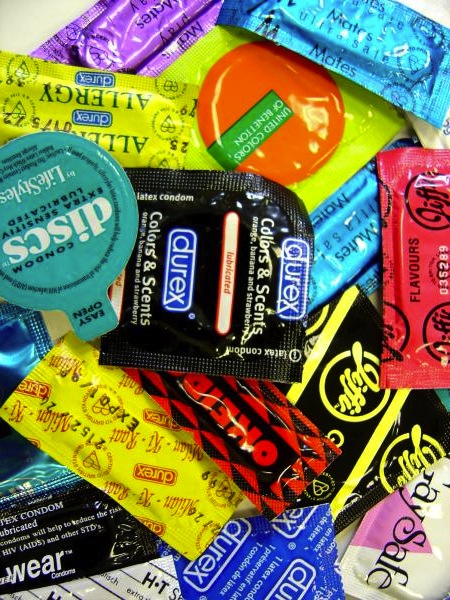 Why do some SGL dudes refuse to put condoms on? I mean, I can’t sit here and say that slip-ups don’t happen because I’ve had them myself. Lately, however, I’ve met a lot of people who are absolutely against the use of condoms; my reaction: really though?! I’ve heard the excuses: “they don’t feel natural,” “they are inconvenient,” and “it takes away from the fantasy.” The reality is safe sex can and should be included in your fantasy. I’ve heard so many graphic horror stories about brother getting unwanted gifts and clinic visits. If you watch porn these days in most cases you don’t see a condom. It’s almost 2014, and we all know about HIV/AIDS and sexually transmitted diseases. There is too much information out here for you not to be aware of the risks of having unprotected sex, especially if you plan on having a healthy and active sex life. Safe sex can be sexy. In my opinion, there’s nothing more attractive than the respect you feel when a dude takes the time to protect himself and protect you before you get it in. Also, have you seen the selection of condoms that are out now? There are so many types, designs, flavors, textures and other enhancements; I most recently, I re-incorporated “outer course” back into the sex situations! I’m like a kid in a candy store when trying different things with sex & intimacy. Here I am going to introduce you to four condom brands that can get you more excited about safe sex.

A pair of courts — one in Indiana, the other in Arizona — acted this week to grant emergency recognition to individuals in same-sex…