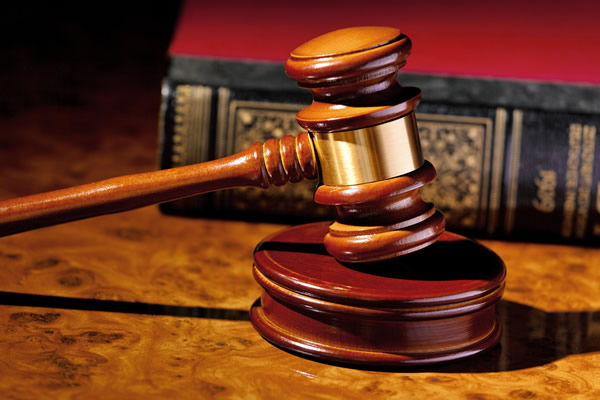 A pair of courts — one in Indiana, the other in Arizona — acted this week to grant emergency recognition to individuals in same-sex marriages facing the death of their partners.

On Thursday, a federal judge in Indiana approved an agreement in which the state would recognize of the marriage two women in the City of Whiting: Mayra Yvette Rivera, who’s undergoing chemotherapy for advanced ovarian cancer, and Veronica Romero.

The agreement came as a result of a lawsuit filed this week by the couple, who’ve been together more than 27 years and wed in March in Illinois.
U.S. District Judge Joseph Van Bokkelen approved the agreement in the wake of a decision from the U.S. Seventh Circuit Court of Appeals striking down Indiana’s ban on same-sex marriage as unconstitutional that, for time being, remains stayed.

Under the agreement, Indiana has agreed to list Romero’s name on the death certificate of Rivera in the event that she loses her battle with cancer.
The state agreed to recognize that union after the Seventh Circuit earlier required Indiana to recognize the marriage of Amy Sandler and Niki Quasney, another same-sex couple facing a terminal illness.

Indiana Attorney General Greg Zoeller is quoted in The Times of Northwest Indiana as saying that although he is bound to defend Indiana’s law in court, he must acquiesce to precedent.

“Our 7th Circuit Court of Appeals has previously made an exception to Indiana’s existing statute and recognized a plaintiff’s out-of-state marriage under similar, difficult circumstances.” Zoeller said. “In this new case, the stipulation both sides filed mirrors the 7th Circuit’s earlier approach.”

The next day, a federal judge in Arizona ordered the state to recognize for the purposes of a death certificate the marriage of two men: George Martinez, who recently died of pancreatic cancer, and Fred McQuire.

Martinez had passed away on August 28 after the couple had been together for 45 years and married in California. The LGBT group Lambda Legal filed emergency papers with the district court at the start of this month to ensure that McQuire’s name would appear on his late spouse’s death certificate.

U.S. District Judge John Sedwick, appointed by George H. W. Bush, granted the temporary restraining order on Arizona after a hearing that took place on the same day.
Even with the state recognition of their marriage, McQuire, who, according to Freedom to Marry, is also battling a life-threatening illness, won’t be eligible for Social Security and veterans benefits to which he would otherwise be entitled as Martinez’ spouse. Federal law for these benefits looks to state of residence, not the celebration, to determine whether a couple is married.

Evan Wolfson, president of the LGBT group Freedom to Marry, said he welcomes the Arizona decision, but couples shouldn’t have to fight for the marriages in state-by-state, which is why the U.S. Supreme Court should weigh in.

“Couples in America should not have to play ‘now you’re married, now you’re not’ depending on which state they are in when a tragedy strikes, and states should not pick and choose which marriages they will respect and which they won’t as if we did not have one Constitution protecting all of us,” Wolfson said.

The BMX Chicago Chapter is on the Move!

The BMX Chicago Chapter has been very active and here are a few highlights from a recent event.