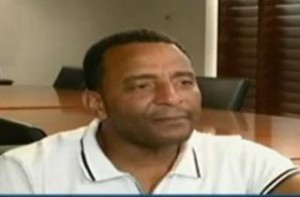 A Washington, D.C. man was exonerated after serving more than a decade in prison for the rape and murder of a woman in Southwest Washington.

Kevin Martin, now 50, pleaded guilty in March 1984 in the Superior Court of the District of Columbia to one count of manslaughter while armed for the Nov. 1, 1982 rape-murder of Ursula Brown. Though he admitted to carrying out two counts of armed robbery around that same time, he entered an Alford plea to the manslaughter charge. Under an Alford Plea, he did not admit to the allegation, but conceded the government had enough evidence to gain a conviction.

Martin was sentenced to 15 years to life for manslaughter, and two consecutive terms of 10 years to life on the robbery charges. He was paroled in 2009.

Since then, DNA testing has proven that Martin was innocent of the attack on Brown. On July 21, the U.S. Attorney’s Office petitioned the court to vacate his manslaughter conviction and issue a certificate of actual innocence. Judge Robert I. Richter granted the motion.

“Thirty years ago, Kevin Martin was unjustly branded a rapist and murderer,” U.S. Attorney Ronald Machen said in a statement.  “Although Mr. Martin had been justly convicted of a series of armed robberies, the system failed us all when he was wrongfully convicted of a brutal rape and murder and, as a result, spent far too long in prison.”

He added, “DNA analysis has now provided evidence that a serial rapist—not Mr. Martin—committed this outrageous attack.  Mr. Martin has steadfastly declared his innocence for three decades, and today we joined him in asking the court to clear his name.”

A then-19-year-old Brown was driving along Route 295 on Nov. 1, 1982, when her car was intentionally rear-ended by a by a black Toyota, according to the government’s evidence. When she got out and confronted the driver, she was abducted and taken to the 4300 block of Martin Luther King Avenue SW. Brown was raped, and when she tried to escape, her attacker shot her in the head and stabbed her with a serrated knife along her belly, neck, and arms. Her body was discarded by a dumpster near Chesapeake Street SE, next to an elementary school.

Brown was the only murdered victim among a group of seven motorists who were bumped and then robbed or assaulted after stopping their vehicles in separate incidents between Oct. 31 and Nov. 8, 1982.

Martin was among three men—along with William Davidson and Kevin Williams—whom the Metropolitan Police Department (MPD) arrested for the crimes.Martin admitted to being involved in three bump-and-rob incidents with Davidson, all on Nov. 8, 1982, and the robbery charges stemmed from two of those attacks. However, he repeatedly denied killing Brown.

At Davidson’s plea hearing—he pled guilty to felony murder, rape, armed robbery and other charges—he claimed he acted as a look-out while Martin raped and killed Brown.

Following the 2009 exoneration of another man convicted of a rape and murder, the U.S. Attorney’s Office for the District of Columbia began a review of older cases in which the FBI had made a positive hair or fiber association. This led to a re-examination of Martin’s case.

In January, the U.S. Attorney’s Office located semen-positive swabs taken from Brown’s body. DNA testing of those swabs excluded Martin as the rapist and pointed the finger at Davidson, instead. Davidson is now serving a sentence of 65 years to life.

“This exoneration reinforces the importance of the task force we created in early 2010 to pore through old records to identify wrongful convictions,” Machen said.  “We continue to urge defense lawyers to come forward with any information about wrongful convictions where DNA testing or other evidence could remedy a wrong that was committed in the past.  It is never too late to do justice.”

It took a while, but with the 249th overall pick of the NFL draft, the St. Louis Rams made history. Defensive end Michael Sam…