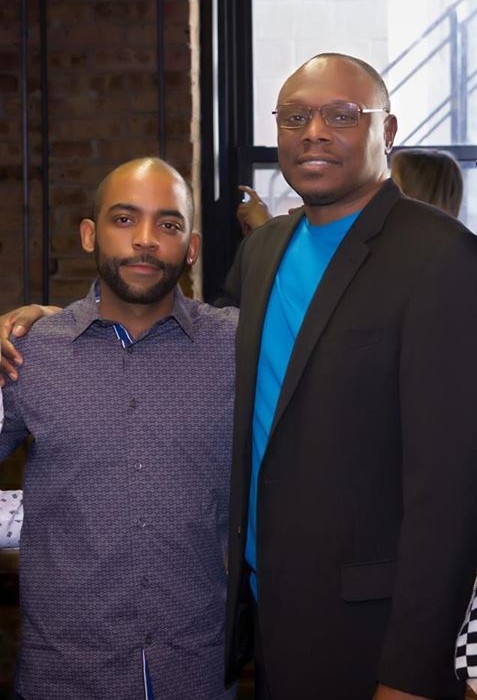 Stephen Armstead and I first met about 6 years ago or so. He was a youth in his 20s. I noticed him walking the halls of one of America’s many complete waste of time (for Black people) National HIV/AIDS conferences. He came up to me, introduced himself and said, “Hi Mr. Manago. I know about your work and really admire it.” We talked some more. Stephen expressed to me his commitment to same-gender-loving (SGL) Black folks (and all Black folks), and how he longed to be a part of something more meaningful that could make a real difference.

In 2010, based on the evaluated promise noted during a pilot study of the Critical Thinking and Cultural Affirmation (CTCA) strategy – a Black behavioral and self-conceptual improvement model I developed – the Center for Disease Control and Prevention (CDC) funded deeper evaluation of it. It would be a 5 year study. The CTCA evaluation project would create job opportunities for folks in Chicago. Stephen, who, by then, had already joined the leadership of the Black Men’s Xchange (BMX), was among those who applied as Research Coordinator for the study. Stephen was hired.

Working with Black Men’s Xchange (BMX) National research partner, Loyola University Chicago, Stephen almost single-handedly became a key force in the study, getting it off the ground, locating and selecting a beautiful 5000 square foot site to be a retreat station for rigorous and innovative CTCA inquiry.

Stephen proved to be a very steadfast and committed component of the project, building the first intervention and research staff team, designing the space with me, and enduring start-up challenges until everything necessary was in place. The site has since become a showcase with many admirers, furnished with beautiful art, affirming photo images, a waterfall, good music with an ambiance drawing over 400 Black men in Chicago into the study. Stephen hooked it up. In 2010, CDC also funded two other organizations in the nation to do research. Of them all, the CTCA project, renamed “Black Men Evolving’ (B-ME) has become the leading and most successful project of them all. Stephen Armstead’s contributions are an essential factor in this unparalleled accomplishment.

Yesterday was Stephen’s last day with the study, as he is now moving on to more pursuits and possibilities. I love my lil bruh, and just wanted to share some things about him with everybody, because I think people should know, and I will miss him.

‘NewsOne Now’ Panel: Has the LGBT Lobby Gone Too Far?